Recognizing students for success in classroom

During the honors assembly, senior Bella Mezzacapo inducts seniors Brylee Potter and Liz McLaren and juniors Laura Koch, Sierra Johnson and Sophia Glanville. All five of these members were supposed to be inducted into the National Honor Society last year, but the pandemic changed that. 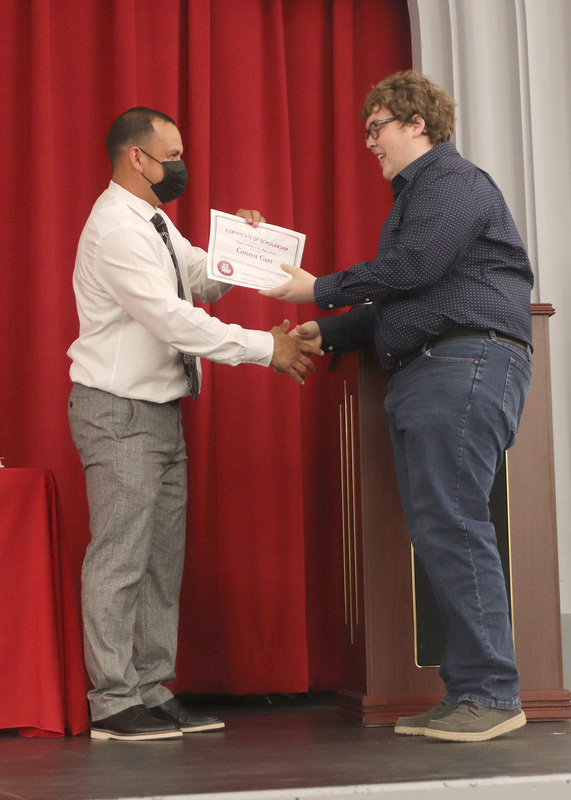 Senior Connor Garr receives the Adkins Family Memorial Scholarship worth $500 from high school principal Alberto Carrillo. Garr received a total of two scholarships for a total of $1,500, and plans to attend Emporia State University for a degree in accounting. 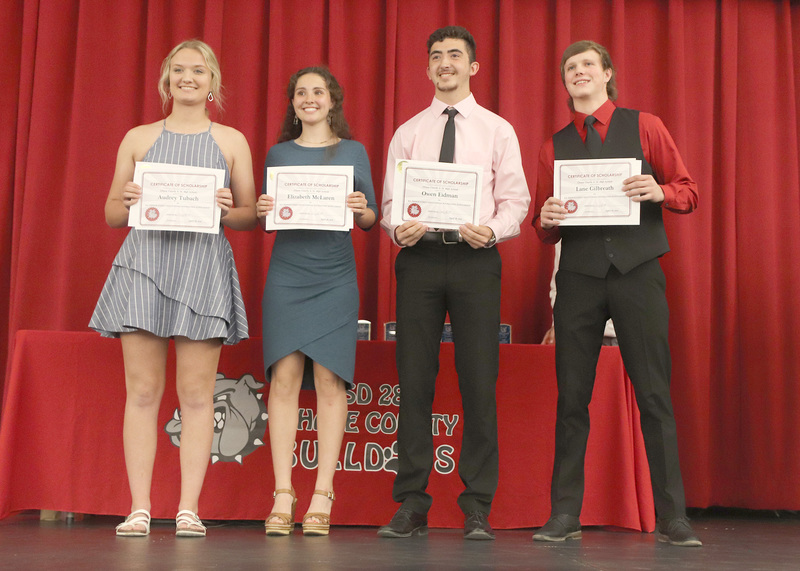 At the honors assembly, seniors Audrey Tubach, Liz McLaren, Owen Eidman and Lane Gilbreath receive the R.E. French Family Educational Foundation Scholarship, which is for $2,000 and is renewable each year a student is attending college. 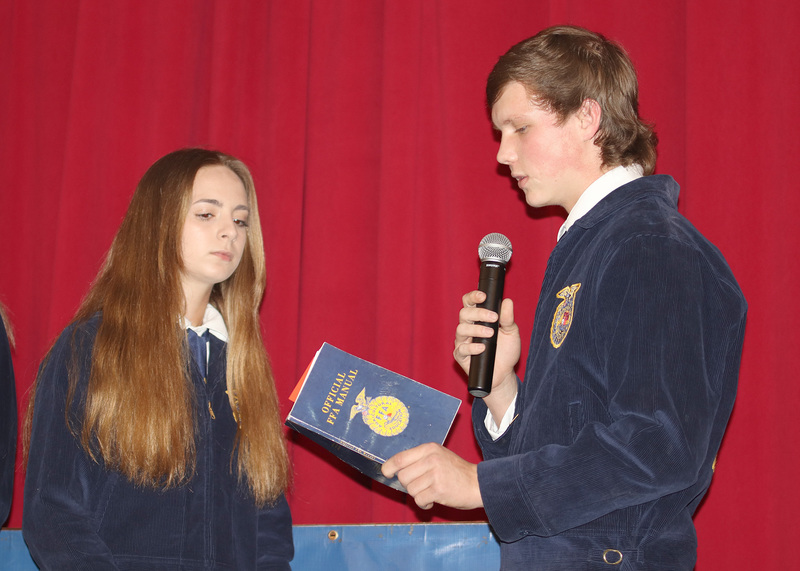 While the FFA organization holds its annual assembly, senior Lane Gilbreath hands over the role of vice president to sophomore Emily Miser.

On April 26, the honors assembly was held in the auditorium at 6:30 p.m., which also included the National Honor Society (NHS) induction ceremony.

“I’m so excited and honored to be inducted into NHS. Being a part of NHS has always been a personal goal for me and when I received the letter that I was eligible  to apply I was so excited. The entire application process was definitely easy but with me being the perfectionist I am, it was a long process that was super stressful,” sophomore Ashlee Williams said. “Then when I got the acceptance letter I couldn't help but smile. At the banquet it was a little stressful because I wasn’t exactly sure what I was supposed to be doing but overall it was a great experience and I cannot wait to see what all I can accomplish through NHS.”

“It [being awarded the KU scholars] was a great honor! Having all of my hard work finally pay off was absolutely amazing to me and it meant a lot,” Mezzacapo said.

This year, the senior class was rewarded with a total of over $44,000 just in local scholarships. Some seniors were really happy but also nervous at the same time.

The French scholarship is a $2,000 scholarship, which is renewable each year a student is working on his/her degree. Four seniors received this award: Lane Gilbreath, Owen Eidman, McLaren and Tubach.

On April 28, the FFA organization had their assembly which was simply about change of officers and all the activities done with seniors the past four years. The new FFA officers are: President - Cooper Schroer; Vice President - Emily Miser; Secretary - Chayla Owen; Treasurer - Paisley Voboril; Sentinel - Brock Griffin; Parliamentary - Jake Sollner and Reporter - Kaylee Simpson.

“I was excited when I found out I was elected to be the new FFA president. I am looking forward to what next year will bring and hope that we can grow and learn as a chapter,” Schroer said.