Why have a dress code?

“You can’t wear that”, “too much of your skin is showing”, “you need to change outfits”, many phrases often said to students when being dress coded.

Chase County faces the problem as to why dress codes are important if faculty members aren’t going to enforce them. Students want to see more effort given by the staff when a situation needs to be addressed.

“If a dress code is set, then all teachers should follow it, not just a few,” senior Havyn Schroeder said. “I have seen and heard some teachers dress coding certain students for wearing something as simple as athletic shorts but not other students who are wearing the exact same thing.”

Staff members aren’t on the lookout to dress code and embarrass students. They usually only act upon the situation when it becomes a distraction or is a frequent occurrence.

“If it’s not drawing negative attention to kids or inappropriate, I usually don’t comment on it. Why bring attention to the situation if it's not distracting to the other students or the environment? Other teachers may have different views on this subject, but for the most part I think they are very similar,” At-Risk coordinator Carrie Scott said.

“I don’t think our dress code really makes sense. Why have one, if we aren’t going to follow it? There are only some teachers who enforce the dress code, so it doesn’t seem necessary,” junior Grace O’Brien said. “I think we, as a student body, should do our part and bring it to the administration's attention that we want to see a change.” 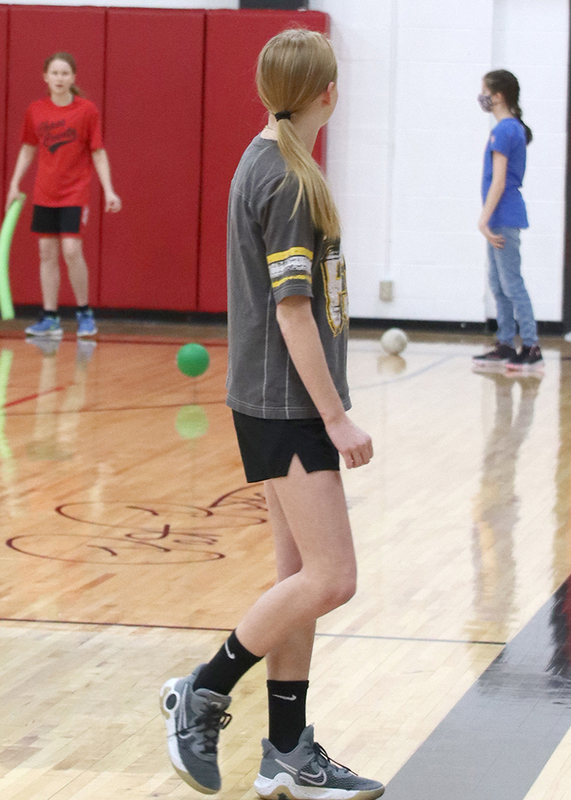 Participating in her P.E. class, seventh grader Natalie Neff wears shorts that she deemed appropriate for exercising. According to the dress code, shorts should extend past the fingertips with the arms extended. “Sometimes I look at the length of my shorts before putting them on because some of mine are longer than others,” Neff said. 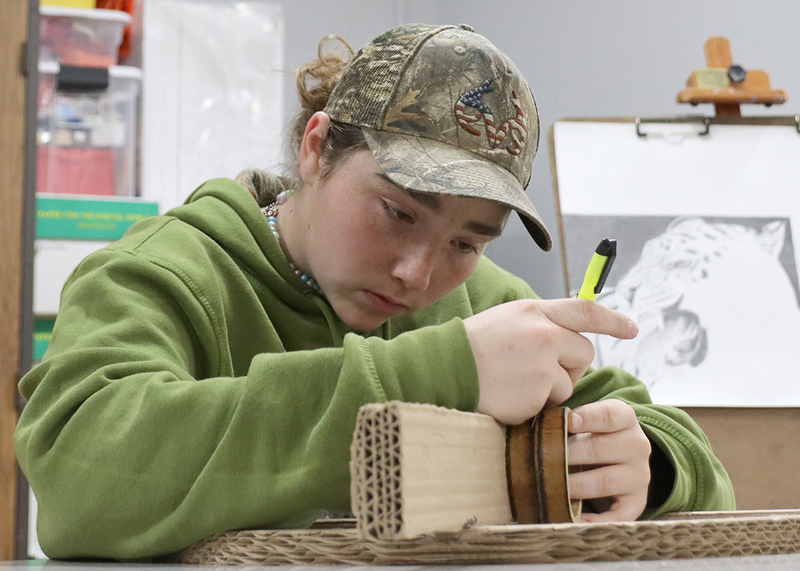 The dress code states that hats are not to be worn inside the building at any time nor carried around during school hours. Senior Trenna Dold works on her art project while wearing a hat inside the building. “I wish I could wear my hat during school because it is a part of my daily dress,” Dold said. “I wear my hat to show my pride in my country especially since it is an American flag hat.” 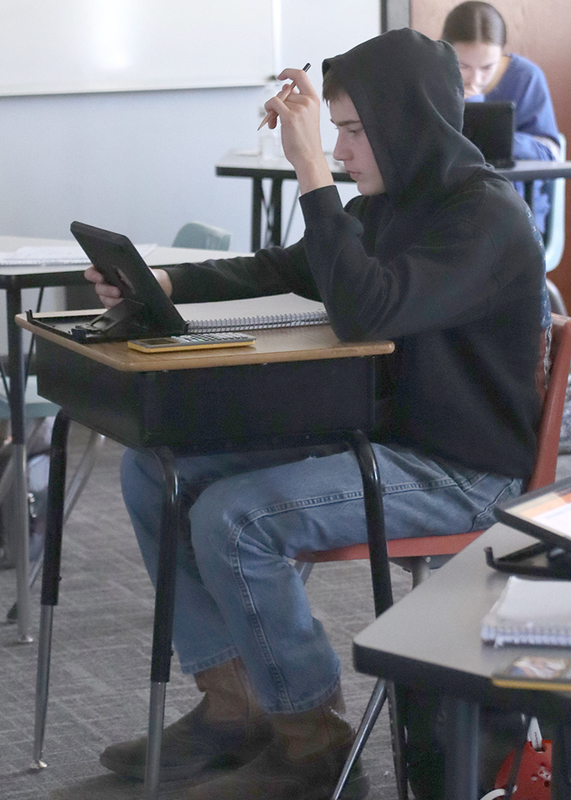 Freshman Clay Dold works comfortably in his math class with his hood up. Although not specifically addressed in the dress code, having your hood up has been recently enforced as a dress code violation. Dold said. “I don’t think it is a bad thing to wear a hood because it helps me focus, but if a teacher asks me to take it off, I would.” 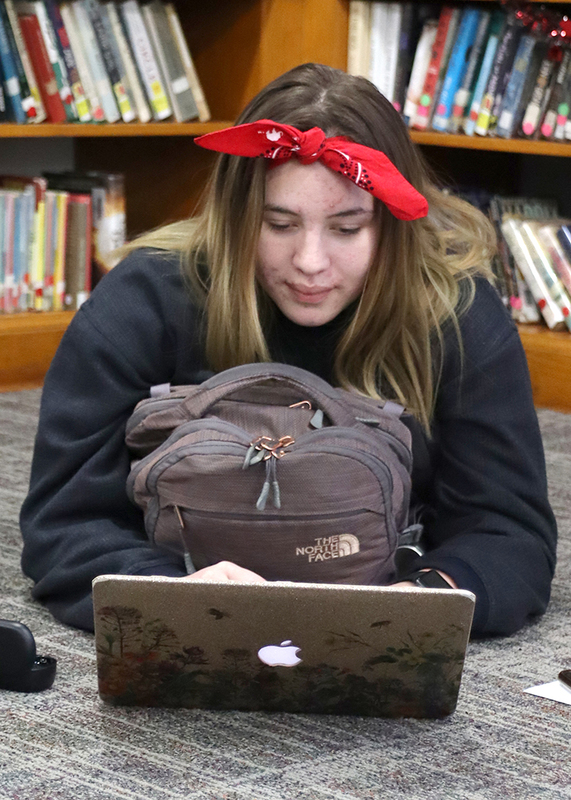 Writing her paper, senior Abbey Vega wears a bandana headband to support red and black day during Spirit Week. Fabric headbands and bandanas are not to be worn inside the building according to the dress code. “I don’t think headbands should be against the dress code,” Vega said. “Headbands are just fun fashion accessories that don’t bother or hurt anyone.” 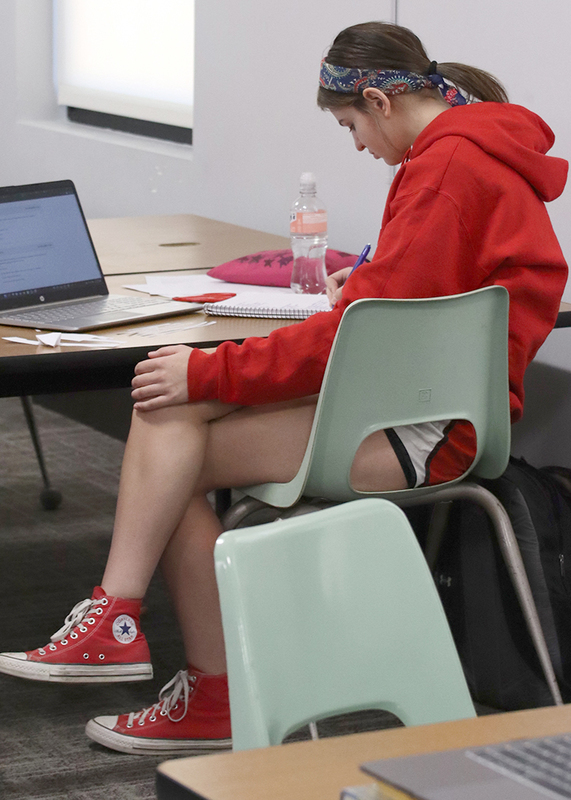 When you look into the dress code, it states that shorts should extend past the fingertips and fabric headbands are not to be worn inside the building. Senior Reese Kohr is violating both of these policies while she takes notes during her government class. Kohr said, “The dress code isn't in the forefront of my mind, it’s more about comfort and what is best for my schedule.” 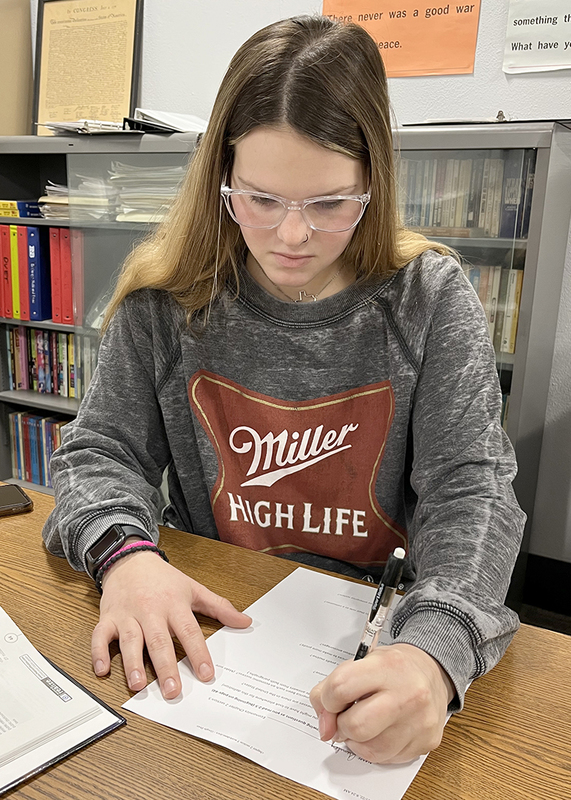 Senior Ainsley Grant begins her economics assignment during class while violating the dress code. Clothing that refers to products dealing with alcohol will not be permitted as stated in the dress code. “It doesn’t hurt anyone,” Grant said. “I think as long as I’m covered up and doing my school work then there is no issue.” 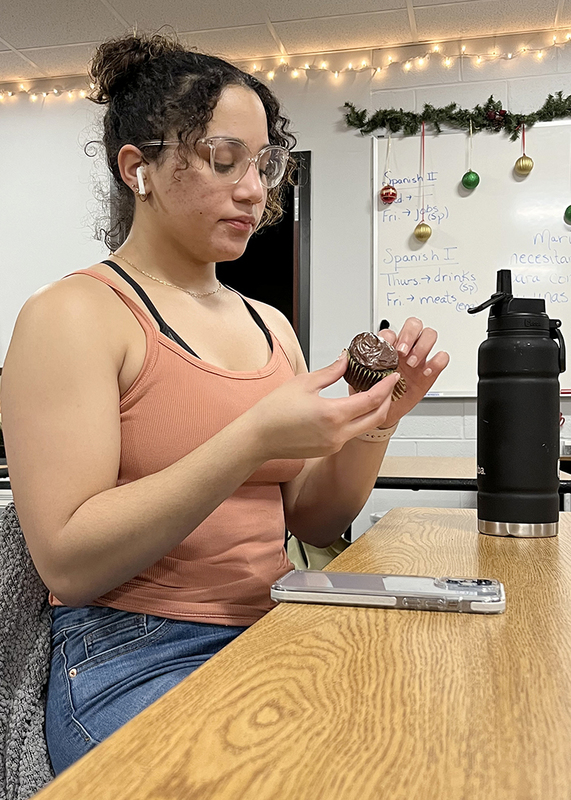 While treating herself to a sweet treat, junior Avia Banks wears a tank top that she could be dress coded for. Addressed in the dress code, no undergarments will be allowed to show and all straps on a top must be at least two inches and cover the bra strap. “I think it’s hard not to show undergarments at all times considering us girls have to wear them,” Banks said. “I never understood why it’s such a big deal that undergarments aren’t supposed to be shown.”